When You're the Only One Punished

When I was a kid, I don't recall having a specific bedtime but I know that at some point, I was supposed to be in bed / asleep.  Being the youngest, I was obviously supposed to go to bed before everyone else, and oftentimes, bedtime was before or while good television was still on!

Just to set up the geography in the house, all the rooms branched off a main hallway.  The room I shared with my sisters was on one end of the hallway, so if I was standing at the end of my hallway, my room was to my left.  A little bit forward to the right was an entryway to the living room, and through that, to the front door.  A little past the living room entrance on the right, my brother's room was to the left.  A little past his room also on the left was the bathroom.  On the right directly across from the bathroom was the kitchen and dining room.  And my parents' bedroom was just after those, at the other end of the hallway from my room.

I remember one night, I think I was maybe 6 or 7, I was still out in the living room with my siblings watching TV.  My parents had gone to bed, and I had either said I was going to bed or had come back out after they'd gone to bed.  My siblings were watching a comedy and laughing.  Not softly laughing, regular laughing.  That was also a reason why having an earlier bedtime was difficult.  I already had trouble sleeping as a kid, and having people laugh at a regular volume nearby was not going to help me to fall asleep or stay asleep.

At some point, I heard my parents' bedroom door open.  I figured the laughing had woken them up or kept them awake.  I knew I'd probably be in trouble, so I got up to go to the bathroom and then head to my room.  My father came out, and he was angry.  As I walked past him, he hit me, hard enough to knock me into the wall.  I don't remember where he hit me.  I remember that it hurt, physically.  I don't remember that it was what I expected.  I figured he'd yell at me or something, which is why I was sort of trying to duck past him.  Yeah, that didn't work.  I did continue on to the bathroom, crying.

I stayed in there for a few minutes, and then I heard my mother saying something to my father about "are you trying to kill her?", and I guess she persuaded him to go back into their room and shut the door.  I heard a clang of some sort but didn't know what it was.  My sister was knocking on the door, telling me it was ok and to let her in.  Shortly afterward, I did.  She came in to check that I wasn't hurt, and she did seem upset about what had happened.  I went to bed after that.

The next day, I think after my father had left for work, I had to go into the bathroom that was attached to my parents' bedroom to get something.  And I saw what had made the clang I'd heard the night before.  It was kind of like a wooden brick, a think slab of wood that I think we used as a door stop for the sliding glass door in the dining room.  I think I figured out that after I went into the bathroom, my father had gone to get that and was waiting for me to come out of the bathroom.  That's when my mother saw him and made the comment she did.  She must have taken it from him and tossed it in the bathroom.  If I had come out of the bathroom sooner, I'm guessing he would have hit me with it.

And with regard to my mother's comment to him of "are you trying to kill her?"  I don't recall her sounding mad or outraged.  It was very matter of fact, a little exasperated, like "don't be ridiculous".  She never came to check on me.  I'm not even sure if she knew that he'd hit me.  I don't remember how much noise I was making while crying, so I don't know if she knew about that either.  I never saw her come out of their room.

As I said, I don't think it had crossed my mind that he'd hit me, just that I'd get yelled at.  Or maybe a slap on the butt or something?  I don't know.  I was definitely not expecting to be hit hard enough for the blow to push me against the wall.  It wasn't a very broad hallway, enough for two people to walk past each other.  I don't know if his hitting me hurt more or if hitting the wall with my shoulder (?) or head (?) hurt more.  I know that I've witnessed violence between my parents on several occasions when I was a kid, but I don't remember if it was before or after this.

I know that I wasn't laughing that loudly.  It wasn't me that they heard.  It was my siblings laughing at normal volume that woke them up / prevented them from going to sleep.  While I wasn't supposed to be out there, my presence in the living room was not what was interfering with their sleep.  And yet, as far as I know, I was the only one punished.  I don't think my father ever went into the living room.  I was walking past him in the hallway when he hit me.  I was crying but I don't recall hearing him say anything to my siblings as I headed towards the bathroom.  I don't remember what happened after I went to bed, whether my siblings stayed in the living room watching TV or whether they stopped.  I think my oldest sister put me to bed, but other than that, there was no comfort or reassurance after what happened. 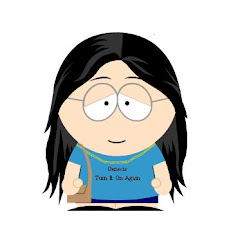